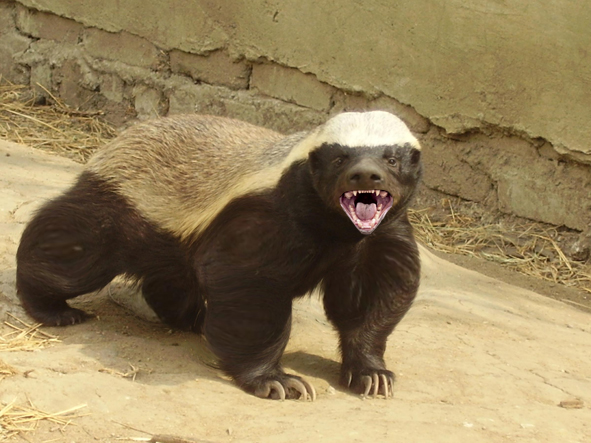 Ratel attained it fame by getting listed in Guinness Book of World Records for their aggressive attitude. They have sometimes also been compared to the majestic lions. These species have thick skin that acts as a protective shield from predators. The ratels attack their breeds without any consideration for size.

Some outstanding pictures of these species have been put forth:

Some Interesting Facts about Ratel

Following are some great facts about these species:

These species are found in the Sub Saharan Africa stretching through the Western Cape right up to Southern Morocco. They can also be spotted in Iran, Arabia and western parts of the Asia like Turkmenistan stretching up to Indian Peninsula.

We detail the characteristic specification of these species below in brief:

A few peculiar behavioral traits of these beautiful but ferocious species:

Originally, these species are omnivorous. However, the way they attack the predators, they have now been classified as carnivores. They like to have birds, fish, small rodents, eggs, tortoise, snakes, and frogs in their diet. They also thrive on vegetables and fruits like berries. As named, these species love the taste of honey as well.

These species can withstand both dry and wet weather conditions. They are generally found dwelling on arid grasslands, forest areas, semi deserts and moist savannas.

These species can live in wild for about 25 years.

According to the IUCN report 2011 these species are not in the list of threatened category.