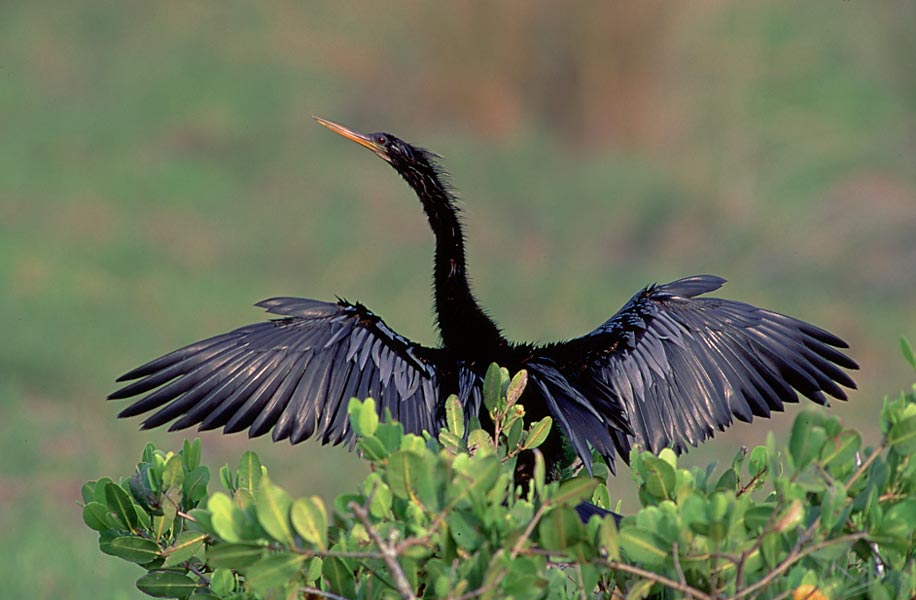 Species of Anhinga: A. anhinga

Anhinga, also known as the devil bird or the birds of dark water is a native of warmer regions of America. Their long neck and strong beak have given them adjectives like the snake bird or the water turkey, by which they are also referred. These birds like chasing behind their prey for about several hours. They have wonderful swimming and diving abilities. Their body has water absorbent feather that allows smooth diving, a unique adaptive feature that is rare in birds.

Some Interesting Things about Anhinga

One can get these species in the regions of South America, South Eastern United States and some places in Argentina. Additionally, they can also be found in warmer locations in North America.

These species prefer to move from one place to another for warmer habitat. During winter, they usually migrate towards the equator along with other birds. In USA, they migrate to the regions of Wisconsin and Pennsylvania. Temperature and warm sunshine generally determines the migration.

These species mostly eat fishes but also prefer crustaceans, tadpoles, water snakes, and small alligators. They usually stalk their food and attack by spearing their prey with the sharp beak.

These species prefer to dwell in ponds, swamps, rivers and other such areas of slow moving enclosed waters. They can also be found in the regions of freshwater but only during drought.

There are two sub species:

These birds fly very high and could reach up to thousands of feet above ground level. While flying, they always keep their wings straight and flat.

These species are quite abundant and do not list on the red list published by the IUCN. However, in USA, they have been protected by the Migratory Bird Treaty Act (1918).