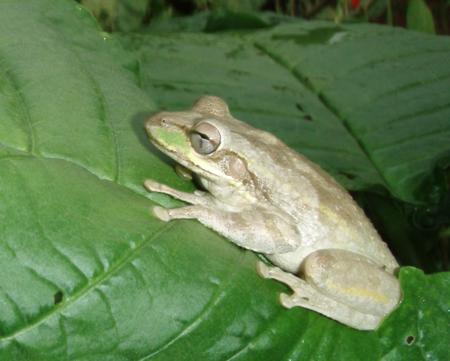 This specie, as the name suggests are natives of Cuba, is recognized as one of the largest frogs belonging to the regions in North America. They tend to consume anything that fits well in their check pouch. They pose a real threat to the survival of other species on which they feed.

We have collected some beautiful pictures of these frogs:

These species originally belong to the regions in Cuba, Bahamas and the Cayman Islands. They have now spread out to Puerto Rico, Virgin Islands, USA, and Hawaii. In addition to this, they can also be spotted in Southern parts of Carolina and Florida.

These species prefer to have any kind of food that can be easily digested. These include insects, crickets, cockroaches, smaller frogs, lizards, hatching birds and small snakes.

These species generally call out during the night. They produce a snoring sound that is quite similar to that of the southern leopard frog.

One can easily get one in the pet stores of North America. However they are generally not preferred as pets because of a toxic secretion that might cause skin & eye irritation. These frogs can also be dreadful to other animals. We present a few petting essentials regarding the Cuban tree frog.

These species can live for 5-10 years.

According to the reports of IUCN these species are in the category of less importance in the endangered list but they are harmful to the survival of other precious species on which they predate.