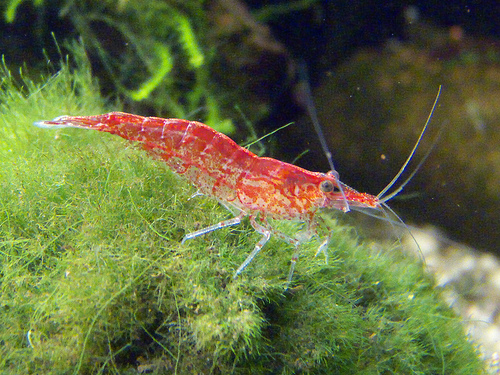 Red Cherry Shrimp, or, more popularly, the Cherry Shrimp originally thought to have come from Taiwan is freshwater specie that has gained such popularity because petting ease. These shrimps are easy to keep in aquariums and are in high demand mainly because of its attractive red color and ease in care and maintenance. Other shrimp species that are prevalent in aquarium trade include the Yellow Cherry Shrimp and the Black Cherry Shrimp.

Some Interesting Facts about Cherry Shrimp

Read some interesting facts about these species:

These species are very serene by nature and are found active mostly during the day.

These species live on plant materials and like organic matter in their diet. They also like to thrive on certain microscopic organisms.

In case of these species the mating may occur anytime as they don’t have any specific season.

The Cherry Shrimps are attractive creatures to be found in one’s aquarium. They also need very less care as compared to other aquarium animals. However, a few necessities while housing these shrimps are as below

These species can actually live for about 1 to 2 years.