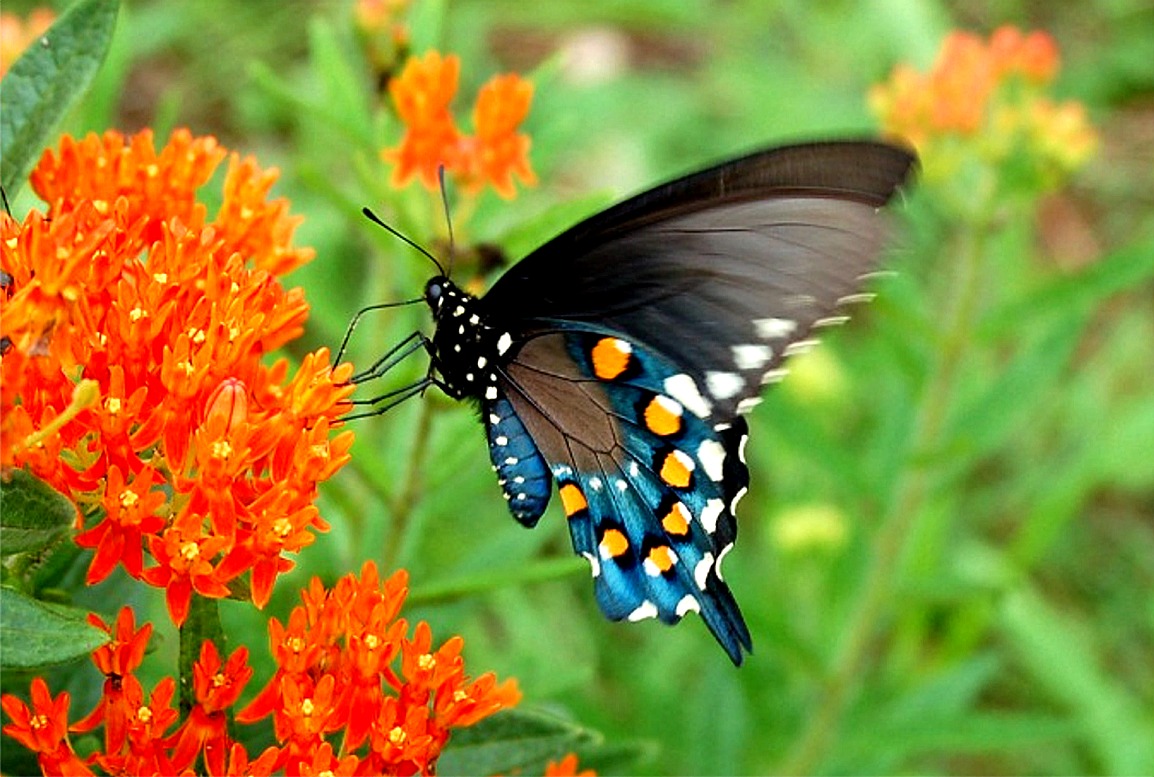 Within the butterfly species, the Pipevine Swallowtail belonging to Papilionidae family looks quite similar to others within the same family. These butterflies found mainly in parts of America are of the toxic variety. We elaborate more on the specie below.

Some Interesting Facts about Pipevine Swallowtail

Certain unique characteristics possessed by these breed of the butterflies are:

Adaptation and Behavior of Pipevine Swallowtail

One can spot these species in the Northern Parts of the Globe from April to October while during the months of February to November, they are found in the Southern countries. The pupa stays in hibernation during the winter months.

These species like to have stems and leaves of the mother plant. Moreover, the adults like to feed on the nectar of the flower. These species also feed on milkweeds, teasel, phlox, petunias, lantana and verbenas in their diet.

These species are mostly found in the woodlands and forests. The pipevine swallowtail also inhabits in the orchards, forests, gardens, deserts etc.

In case of these particular species, the stages are too intricate, as they transform rapidly from one stage to another.

The Caterpillar and Larva Stage of Pipevine Swallowtail

The Pupa Stage of Pipevine Swallowtail

These species essentially choose plants belonging to the family of Aristolochiaceae as their host plants. While there are some others that behave like host plants like longiflora, durior, reticulata, serpentaria etc.

The names of these species are not mentioned in the endangered list prepared by the IUCN.