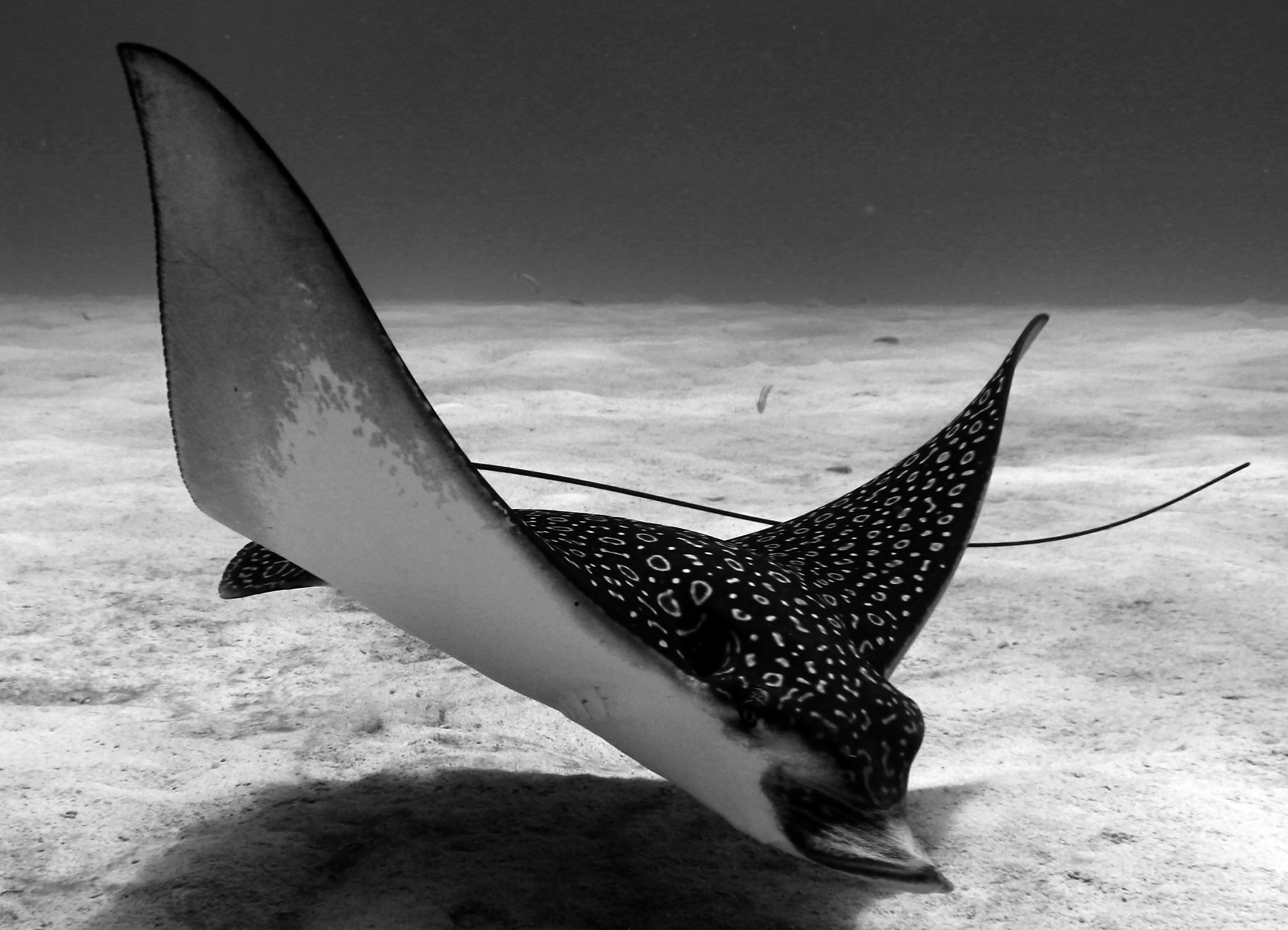 The spotted eagle ray is the most outstanding type of the cartilaginous fish in the world. When compared to other members of the same family, these species are contrastingly tranquil creatures. Other popular names that they have include bonnet ray, eagle ray, duckbill, bonnet skate and duck billed ray.

These fishes are found in tropical water areas including parts of Atlantic, Indian Ocean, Gulf of México, Hawaii, Africa, and Oceana. They are also abundant in Northern Japan, Galapagos Island and Australia.

These species like to have bivalves, crabs, mollusks, shrimps, whells, and other smaller fishes.

These sharks sometimes follow the female eagle rays to prey upon the juveniles.

The male counterparts chase the females during reproductive periods. Once the male gets a particular female, they inject their claspers in them. The entire mating process takes about 30-90 seconds. The female counterparts usually mate more than 1 male. The eggs hatch and develop in the womb of the females after a pregnancy period of about 1 year. In each reproductive period, the females give birth to about 2-4 offspring. The young ones attain maturity at the age of 4-6 years.

These species can live for about 15-20 years.

According to the IUCN reports, the fish are in the list of near endangered. They are sometimes tamed for display purposes in public aquariums but countries provide several restrictions for their conservation.