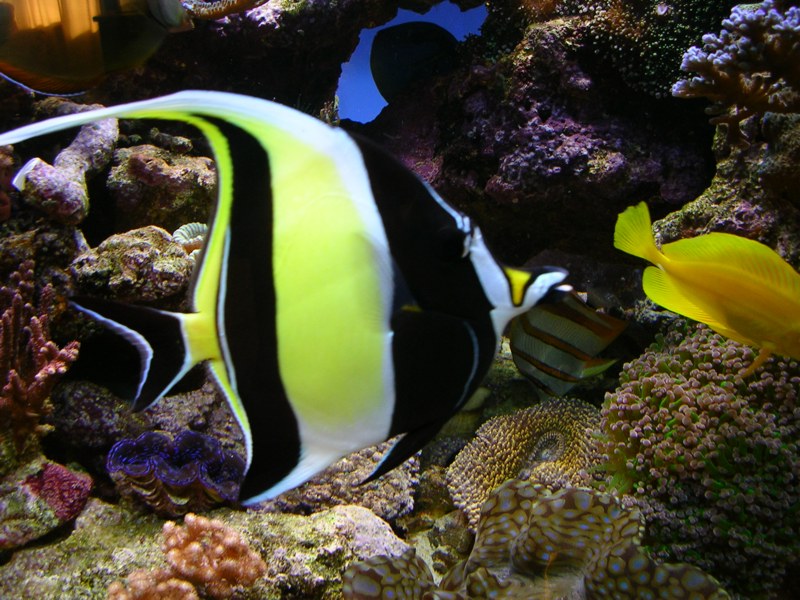 These species are recognized as small marine fishes belonging to the Zanclidae family. They obtain the names from the African Moors where they can be popularly found. They can be spotted in the sub-tropical and tropical regions and habitat in reefs and lagoons as well. They are very popular in the Indo-Pacific region.

Some Interesting Facts about Moorish Idol

One can spot these species in the parts of East Africa, Ducei Islands, Indian Ocean, Southern Japan, and Hawaii. Infact they can also be found in the Southern Peru and California. However, they are natives to the regions of the Indo Pacific.

These species are very selective while taking food but by nature, they tend to be omnivorous. They generally feed on brine shrimp and vegetable foods as their diet. Moorish like to graze but are very timid while eating in front of others. They usually eat about twice or thrice a day.

These species prefer to inhabit in the regions of the Indo-Pacific and Pacific regions. Other preferred locations include the reefs and lagoons.

The main predators of these species are the Moray Eels and Tomato Crowns.

Nothing much has been inferred about the mating period of these species in the wild.

These species are the pelagic type. They generally lay sperms an eggs in the water areas. These fishes tend to be very impressive because of their larval structure. They generally acquire a size of 7.5 cms prior becoming a good young swimmer.

The life cycle of these species is pretty interesting. They prefer to spend a lot of time on the surface of the ocean once they hatch from a planktonic egg. As they grow, they begin to settle on the reef.

The fish is a popular pet because of their active nature and colorful look. Some petting recipes for this one are as below:

These species can ideally live for about 2 to 4 years.