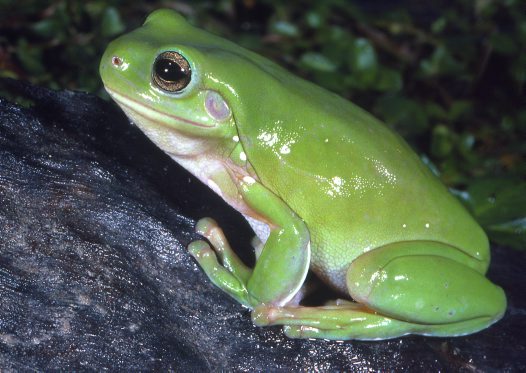 Green Tree Frog of America has been credited as the one of the most attractive species among the tree frogs of the New World. These friendly and almost harmless frogs are populous in Southern America and form wonderful pets for those who have a love for beautiful animals. These monotypes also form interesting objects of observation and scientific researches.

Now let us see some astonishing facts about them:

The Green tree varieties of frogs are mostly found in the regions of the South-Eastern USA. They also dwell in certain parts of East Virginia and some of Central Texas in West America. They are also found profoundly in the adjacent states of Delaware and Maryland.

These species can also be spotted in Vancouver Island and British Columbia.

In these kinds of species belonging to the frog family, it is found that the males are typically smaller than the females. In addition to this, only males have vocal pouch.

These species prefer to thrive on debris, grasses and floating vegetation. They are also located around lakes, ponds, rivers and marshy areas.

These species like to feed on all types of insects. Mostly their food habits include mosquitos, smaller insects and other kinds of flies. They always like to feed on active preys. Surprisingly, the size does not matter to them at all.

The male species produce a typical consecutive sound especially when the sky is overcast.

The high time for their mating season generally takes place during the months of April to August.

These adorable species can be petted quite easily. They are delightful ones with small body. If one wishes to pet one then he or she should make sure to follow these basic guidelines:

These frogs can usually live for up to 2 – 5 years.

According to IUCN report, they are enlisted in the category of those least important in the endangered list.